Top Loans
SHARE
Facebook
Twitter
Today we look at the cost of travelling with taxis vs Bolt in South Africa. Different opinions and views are shared around this matter, it's just a personal preference for different types of situations to travel for.

We’ve always seen and read about the tension between taxi associations and the Bolt services.

The only issue being competition, the perception idea Bolt is stealing taxi associations customers.

Today, I want to show you the costs of riding with Bolt compared to normal taxis. And why people in South Africa don’t mind paying for the Bolt service fees.

People have been using the taxis for a long time until the ehailing services hit the market and disrupted the taxi industry.

Why do people who’ve been using taxis to move around the country suddenly want to use the Bolt service?

I’ve personally used taxis from my childhood to being an adult.

First, you would have to get out of your home to go hike at the main roads in order to find taxis to work or anywhere else.

Sometimes, you’d have to go to the taxi rank and wait for the taxi to be filled with full capacity before it takes off to your city.

When you get home, it drops you off at the main road and you’d have to walk from there to your house.

Not so convenient but been the accepted way of travelling until Bolt started operating in South Africa.

On the other side, Bolt picks you up at your doorstep and drops you off at the doorstep of your destination.

No more walking to the taxi rank, on rainy days and get to work later than planned.

The Costs of Riding Compared

A lot of people seem to think Bolt is a bit expensive compared to using the taxis.

It’s sort of true and false, depending on how you look at it.

Let’s take a look at an example.

A woman who works at Greenstone from Alexandra in Johannesburg pays R18.00 per trip to work every day.

It sounds cheaper than it actually is, and this is what I meant by it just depends on how strategic you are.

On the other hand, Bolt charges you between R48.00 to R54.00 per trip to Greenstone Mall from Alex. Obviously with added services such as picking you up at the gate to the gate of the mall.

This woman works with many other people from Alexandra, that clocks at work at the same time.

If you think about it, they could actually save a lot of money with Bolt vs the amount they pay at the taxis.

The four of them can get together and use Bolt to actually travel conveniently to work every day. They’ll each contribute R13.50 for a single Bolt trip of R54.00 to Greenstone Mall.

That’s how we would have compared the costs of riding the taxis vs Bolt in South Africa. However, this just depends on how you look at it and what’s convenient for you. 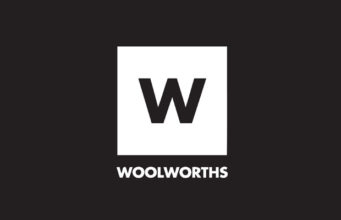 We're an independent loan comparison website that publishes unbiased reviews and opinion content. We make money from advertisements. TopLoans.co.za does not include all credit providers/companies and all financial products.

What is Layby for Shoppers And How Does it Work?

This website uses cookies to improve your experience while you navigate through the website. Out of these, the cookies that are categorized as necessary are stored on your browser as they are essential for the working of basic functionalities of the website. We also use third-party cookies that help us analyze and understand how you use this website. These cookies will be stored in your browser only with your consent. You also have the option to opt-out of these cookies. But opting out of some of these cookies may affect your browsing experience.
Necessary Always Enabled
Necessary cookies are absolutely essential for the website to function properly. This category only includes cookies that ensures basic functionalities and security features of the website. These cookies do not store any personal information.
Non-necessary
Any cookies that may not be particularly necessary for the website to function and is used specifically to collect user personal data via analytics, ads, other embedded contents are termed as non-necessary cookies. It is mandatory to procure user consent prior to running these cookies on your website.
SAVE & ACCEPT